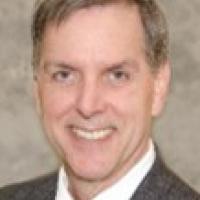 He was a long standing early childhood leader in Oregon who first founded the Northwest Early Childhood Institute in response to the call-to-action of From Neurons to Neighborhood. He then moved to the Artz Center for Developmental Health and Audiology and served as its first Medical Director. There, as clinician, he focused on providing state-of-the-art early childhood multidisciplinary clinical services, while leading some of Oregon’s early childhood transformational activities.

Dr. Willis has provided national leadership with the American Academy of Pediatrics on the Executive Committee of the AAP’s Section on Early Education and Child Care, and as the most recent Chair the AAP’s Board’s Early Brain & Child Development Strategic Initiative. Additionally, he is an invited member of Jack Shonkoff’s Frontiers for Innovation at Harvard’s Center for the Developing Child, where he joins with other national leaders in bringing innovation and break- through strategies to the field of early childhood.